Traveling through Washington’s west region of the Columbia River Gorge, you’ll discover lush rain forests and amazing views. Enjoy small town charm in Camas and Washougal, Washington, which are both located at the west entrance of the Columbia River Gorge National Scenic Area. The abundant precipitation found in Skamania County creates the cascading waterfalls that attract hikers to the Gifford Pinchot National Forest. The pace is slower in this part of the Gorge and home to unique brew pubs and endless trail options. Make sure to hike up popular Beacon Rock, a must-do for the first time visitor. Enjoy — and don’t forget your camera!

DISCOVER: Find the hidden bronze birds among the landscape of charming Downtown Camas. • Search for mini-murals painted by local artists that invite you in for a photo-op and tell a bit about the area.
HIKE + BIKE: Explore the surprisingly diverse hiking and biking trails and captivating lakes and waterfalls on the Heritage Hiking Trail. • Test your bike skills at the Washougal bike and pump skills course at Hamlik Park.
HIKE + EXPLORE: Explore the 59 acres of thick forest and waterfalls at the Nellie Corser Unit on Duncan Creek in Skamania. • Discover North Bonneville’s trail system which is home to a Bigfoot family.
MUSEUM + HISTORY: Discover the native culture, pioneer history and industrial growth that formed Camas and Washougal with a visit to the Two Rivers Heritage Museum.
SCENIC DRIVE + HISTORY: Take a drive and look for pieces of the old Broughton Lumber Flume tucked away in Willard, just off Cook-Underwood Road.
SHOP LOCAL: Enjoy every First Friday of the month with art shows, fun themed activities, dining and after hours shopping in historic Downtown Camas.
TAKE A WALK: Take a stroll at Washougal Waterfront Park to visit “Erric the Erratic” boulder, deposited here more than a million years ago during the Missoula Floods. • Be entranced by the kinetic wind art sculpture in Teo Park on Stevenson’s waterfront.
TAKE A WALK + WATER PLAY: Visit scenic and historic Cottonwood Beach, located at Captain William Clark Park. • Take a walk, swim or paddle.
WATER PLAY: Travel seven miles east of Stevenson to Home Valley and find a sunny swim beach and beautiful close-up views of the Columbia River.

Port of Camas-Washougal
Recreational boaters and fishermen from throughout the area use the large, modern launch facility at the Camas-Washougal Marina as their point of entry to Columbia River fun. A variety of community events are hosted at Marina Park, and the new Washougal Waterfront Park walking trail features fantastic views of the Columbia River and Mt. Hood with historic markers along the way.
Steigerwald Lake National Wildlife Refuge
This wildlife refuge consists of 1,049 acres of former Columbia River floodplain including shallow ponds, marshes, open fields and riparian woodlands. You can find over 200 recorded species of birds making this a great bird watching area.
Lacamas Lake
This vibrant lake has amazing views, great picnicking areas, waterfalls and walking trails.
Cape Horn
This is by far one of the best locations to view the expanse and magnificence of the western Gorge from Washington. The Cape Horn viewpoint is located on Hwy 14, east of Washougal, near mile marker 25. Don’t forget your camera! Cape Horn Trail is one of the best maintained and most scenic trails in the entire Gorge, featuring several overlooks, two tunnels and an incredible waterfall. Click here to find out more about this Washington Gorge hike along with others.
Franz Lake National Wildlife Refuge
As many as 1,000 wintering tundra swans have been observed on Franz Lake. Other common waterfowl include western Canadian geese, mallards, northern pintails, gadwalls, green-winged teal, northern shovelers, canvasbacks, ring-necked ducks and American wigeon. This scenic overlook is located near Milepost 31 on State Hwy 14.
Beacon Rock
Beacon Rock is a well known landmark that is recommended for first time visitors to west Washington’s Columbia River Gorge. You can hike safely to the top of this 848 foot extinct volcano core, which offers a stunning vista of the Columbia River Gorge. The state park also includes a campground, day-use area with boat launch and several trails.
Pacific Crest Trail
The Pacific Crest National Scenic Trail (PCT) is a treasured pathway through some of the most outstanding scenic terrain in the United States. Beginning in southern California at the Mexican border, the PCT travels a total distance of 2,650 miles through California, Oregon and Washington, before reaching the Canadian border. The section north of the Columbia River cuts through the middle of Skamania County.
Columbia Gorge Interpretive Center Museum
At this world class museum in Stevenson, you will be able to visualize and participate in the bountiful life of the Columbia River Gorge.
Skamania Lodge
Skamania Lodge is a magnificent mountain resort nestled on 175 wooded acres offering spectacular views of the Columbia River and Cascade Mountains.
Mt. St. Helens
Mt. St. Helens is one the world’s most active and violent volcanoes. One of the quickest ways to see this impressive mountain is the southeastern route through Skamania County.
Bonneville Dam
The mighty Bonneville Dam spans the west gorge region of the Columbia River linking the two states of Washington and Oregon. The Washington Shore Visitors Center offers one of the most accessible views of the powerhouse and a fish viewing window.
Gifford Pinchot National Forest
Eighty percent of Skamania County, Washington in the western part of the Columbia River Gorge is home to the Gifford Pinchot National Forest. An abundance of recreational activities are found at Trapper Creek Wilderness, Indian Heaven Wilderness, Mt. St. Helens and Mt. Adams. 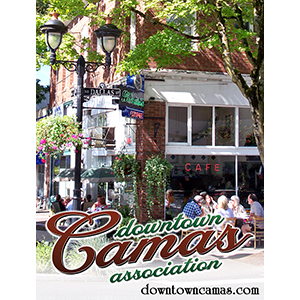 
Established in 1883 as a mill town, Downtown Camas has revitalized to include fine shopping, art galleries, dining and services while still maintaining its historic feel and staying true to its roots. The Downtown Camas Association (DCA) in Camas, Washington is an accredited Main Street Program that works year round to strengthen and promote Downtown Camas through partnerships, events, beautification and historic preservation projects, economic development, advocacy and tourism functions. We invite you to visit — historic charm awaits!


MADE IN THE USA


Woven in the West since 1863. Known for our Made in the USA blankets and Iconic Wool shirts. Apparel, home and accessories. The Washougal, Washington store offers FREE Mill tours daily, Monday through Friday. Call the store to schedule a tour or stop in and sign up. A Pendleton Outlet store is also located at the Columbia Gorge Outlet Mall in Troutdale, Oregon.


Portland Spirit offers sightseeing and dining cruises throughout Portland and the Columbia Gorge. Choose from brunch, dinner, or sightseeing on an authentic sternwheeler replica in Cascade Locks, Oregon. Cruise the Seven wonders of the Gorge on the Crystal Dolphin yacht out of Washougal, Washington. If you are up for a little adventure, join the Explorer jet-boat and search for Bigfoot through the Columbia Gorge, departing from Downtown Portland. Cruise options from one to seven hours. 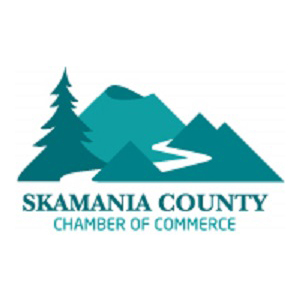 
Skamania County – a million acres, a million adventures! Join us for your next adventure. With year-round recreation, the possibilities are endless.


Stevenson offers a welcome respite from the noise and congestion of large cities. Take a stroll and explore the riverfront and downtown. Visit the unique shops, galleries, restaurants and pub to discover a friendlier, laid back lifestyle.